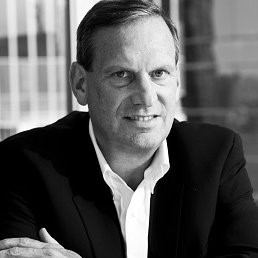 Bill is a Principal at The ANTARA Group since 2016. Bill’s extensive knowledge of the Data Center and Cloud Industry combined with his expertise leading enterprise sales teams makes Bill a valuable resource for ANTARA’s clients.  Bill will lead our Enterprise Technology Practice, but he is available to support due diligence activities and consultative engagements with service providers and end users. In addition to his work at ANTARA, Bill is also the founder and CEO of Advisory firm, DataCenterPartners.com.

Bill Kolman has extensive experience in C level positions in sales and sales engineering in the technology sector.  Most recently, he was EVP and head of sales and sales engineering at Telx a leading national supplier of colocation and network interconnection services in the domestic US. Telx set industry records for percentage of revenue growth from 2007 to 2014 under Bill’s leadership. Revenues during this time period grew from 43 million to 300+ million annually.

From 2005 to 2007, he was responsible for the global strategic accounts for Savvis/Centurylink in the Northeast selling colocation, managed hosting, professional services, and cloud computing as their Vice President. Bill was given a special corporate award for the teams performance in 2006.

As an Officer and EVP for AT&T’s Signature Client Group Bill’s team consisted of over 400 sales, sales engineering and staff responsible for the largest revenue stream in AT&T’s business portfolio.  The group drove over $2 Billion in annual revenue to Fortune 500 accounts headquartered in the Northeast.

Prior to this assignment, Bill was SVP and one of four sector heads at Concert, an international partnership of AT&T and BT.  Bill lead a team of 250 associates with responsibility for 500 million in annual revenue to Fortune 500 accounts in EMEA and US. At the start of Bill’s tenure the team was in last place to achieve their overall revenue plan but achieved first place within their peer group in two years.

Attending Dominican College on a full athletic scholarship, he was awarded the Scholar Athlete Award all four years. Bill was a member of the first telecommunications Masters program at NYU. A past board member of the USO and Junior Achievement, he currently volunteers for his high school’s advancement program and will be the recipient of the “Distinguished Alumni” award by the trustees in the spring of 2017.

Get in touch with us

Stay In The Loop

Latest from the Blog